This is not going to be some guy just shitting on DC movies. Because frankly, I take some serious enjoyment from some of them. It’s undeniable, however, that the DC superhero films are in a state of disarray. Plagued by overarching tonal issues, unappealing characters, and a Zack Snyder-aesthetic that all films following Man Of Steel had to somewhat abide to.

There have officially been five films that we can categorize in the DC superhero subgenre: Man Of Steel, Batman v Superman: Dawn Of Justice, Suicide Squad, Wonder Woman, and Justice League. It’s colloquially referred to as the “DCEU”, the DC Extended Universe (DC publicly stated that they have never used this name, and it instead picked up steam in the media). But for the sake of convenience, I’ll be using the name throughout. It’s foolish to assume that movie studios are driven by anything other than profit, so it is not a leap to imagine that DC (a subsidiary of Warner Bros.) saw what was happening with Marvel Studios and felt some serious dollar envy. Putting aside any artistic passion or fan satisfaction gained from the masses seeing their favorite characters on the big screen, Warner Bros. realized just how much money they could make from an interconnected cinematic universe. You know when you copy someone’s homework but they tell you to change it a little so that you won’t get in trouble? That’s what DC tried to do.

It started with their first swing, Man Of Steel, in 2013. Critical and commercial reception aside for now, DC immediately began announcing slated superhero movies through the year 2022. They had a plan, and they needed us to know what was on the horizon. Iron Man kicked off the Marvel Cinematic Universe with a bang, and up until about the early 2000’s he was a C-level character in popularity among fans and little known in the public eye. The most popular fictional character in the world vs. “some guy,” and some guy helmed a better and more popular movie. The big wigs at Warner Bros. have been scrambling ever since, so let’s discuss ways that they could improve:

For many years Snyder was described as a “visual director.” That seems to be a friendly way of saying that he had a tendency for style over substance. In certain situations it definitely worked…his films looked different, they stood out, and people enjoy variety. But you can watch any Zack Snyder film and see that he opts for a desaturated color palette. His choice to color-correct/grade his films to an inhuman visual level has not gone over well with fans. Snyder has an affinity for his protagonists to come off as “badass,” and he sees some sort of connection with gritty/rough coloration and that portrayal.

In a world full of superhero movies, this just looks fucking weird. We’re used to seeing colors flying across the screen. Superman wears bright red and blue, and there’s a genuine connection between his bright world and his optimistic, hopeful personality. Snyder abandons both in his films, and the movie fails to connect. In his follow-up crossover, Batman v Superman, the coloration is the same. Superman flies drearily around a muted world, mundanely saving his worshippers in grey skies. Then came along David Ayer’s Suicide Squad where the colors came knocking. And to be totally frank, it looked wrong. The colorful characters inside a world that had been constructed by someone else just didn’t quite fit. But this is what leads us to Wonder Woman. Patty Jenkins constructed her own world, and while color and lighting weren’t the only strengths that made this movie superior to its cousins, they definitely helped. (The time period shift probably had something to do with Warner Bros. allowing it.) Diana clearing no-man’s land in her shining armor, defiant against a maelstrom of bullets, is like the symbolic champion of her color over the palette of war-torn Europe.

We don’t need every character wearing hot pink or bright yellow. Maybe just give us a world where the trees are green and the skies are blue. Move away from the Zack Snyder established aesthetic and into a world that lends itself to the stories being told.

This is an obvious make-or-break for any film franchise. Individual films can sometimes get away with poorly constructed or unappealing characters, but in a franchise the viewers demand growth. Superman has been a sad boy, Batman murders everyone, The Flash never shuts the fuck up, and everyone in Suicide Squad (excluding the extended edition) is only defined by their intro scenes.

Again, I do believe that Zack Snyder’s take on characters is that good guys are badasses, villains are nerds, and bad guys just want to punch you. This is why we got two entire films about Superman feeling sad and isolated and then saving humanity…for what reason exactly? Batman’s .50 caliber killing spree bewildered everyone, just everyone. As an audience, we weren’t ready for any of this. Because these aren’t the characters that we know. These characters are not living up to their previous depictions – the Superman symbol and the Bat insignia are two of the most recognizable symbols in the world. The Flash was Justice League’s comic relief, but instead of just quipping or hitting one-liners, he was given a personality that didn’t know anything about the world. As if he had never communicated with a human being before, or even seen human beings communicate on TV. Presumably the studio thought this would make him more easily digestible, so that we know we are supposed to laugh every time The Flash talks.

There are decades of valuable source material that show fully constructed blueprints to get the characters to a place that audiences appreciate. People who love Batman blowing up henchmen and claim, “that’s what happened in the comics”…yeah they clearly don’t read comics. Because almost anything imaginable has happened with EVERY character. People are always switching to the evil side, becoming zombies, betraying their allies, and every other twist that you can think of — it comes with the territory when you’re in constant publication for 75 years. But GOOD comics exist, and they aren’t hard to find. Those are the ones that people talk about, and those are usually paramount in the construction of the characters that we pay money to see. Warner Bros. needs to shift their focus to telling stories about characters with human personality and problems. (“But he’s a Kryptonian!!!” Fuck off.)

And no, I won’t talk comics with you because I’m too busy reading comics getting chicks.

You can probably guess my thoughts on this one. It’s weird to watch Clark Kent kill tens of thousands of innocent bystanders fighting Zod and then make out with Lois Lane in the wreckage. Sad Boy Superman is the wrong tone…check the earnings for any Marvel movie to reaffirm that. Now I don’t think Marvel gets nearly enough criticism for throwing in humor and undercutting their own dramatic climaxes, but DC could undoubtedly use a bit more levity. Batman v Superman is a slog through the mud, a war of attrition between viewer and screen. Morose, macabre, and oddly pessimistic, fans did not respond well. Suicide Squad spends the entire film selling us the idea that these bad guys don’t play by the rules. When push comes to shove they’ll break from convention to serve their own interests, which is what makes them interesting. But once the final act rolls around, the characters follow all of the normal tropes and conventions. They sacrifice themselves for the team and the greater good, and their personal altruism wins out over self-preservation. And the quirky characters can stand out against a tone, that’s what makes them work, but the characters’ quirks control the tone. 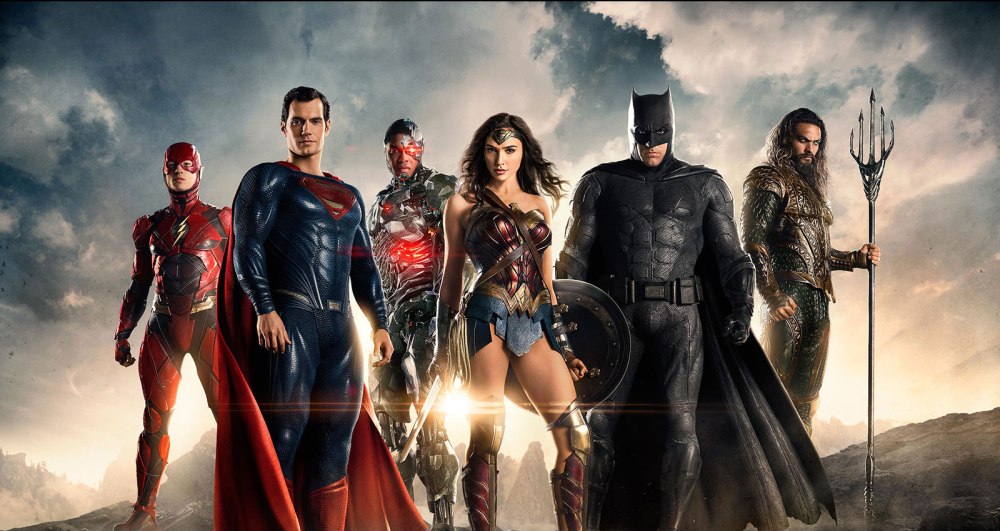 Justice League made strides to work towards a lighter tone. It had the fingerprints of two directors, but I think the decision was a correct one. Hopefully as the franchise continues, they keep moving in that direction. There is a direct correlation between the characters in DC and the tone they should strike, especially in the crossovers. The Justice League is NOT The Avengers. The Avengers is much closer to a private strike force, and the Justice League is much closer to a pantheon of gods. The Justice League has to be facing world-ending threats, and even then, that might not be a problem for them. So, the tone has to match that. The appeal of the film has to come from the characters and the story. Not a dramatic tonal shift in the final act that makes us believe a big ol’ fight where some of our characters may die is the key to our enjoyment. More than anything, DC would benefit from a consistent tone throughout, ideally one of more lightheartedness than what we have seen so far. These characters have the power to inspire and empower; within their worlds, and into ours.

Despite the clear problems that we all see, I find plenty of things that I like. Yes, I’m carrying over some serious bias. Yes, I’ve loved these characters my entire life, so I give them a pass on a lot of things. But I’m not so blinded that it makes me love the movies unconditionally. The magic of seeing these characters on screen can only hold so much weight. It’s been very hip to refer to Justice League as a box office bomb, but it has a reported budget of $300 million and is about to hit $600 million in worldwide earnings. So, let’s not pretend like the sky is falling. There have been some incredibly beautiful moments. When Clark Kent takes his first flight, when Diana realizes that Men can be evil on their own, when Bruce Wayne charges into the collapsing skyscraper…these flashes give me hope. Even in a world full of negativity and entrenched cynics, I am eternally optimistic. I want every one of these movies to be good. I want to love them all. Maybe they just need a few changes.